CENTENNIAL MOUNTAIN, Calif. — The 10 acres of nebbiolo growing on this remote ridge about 25 miles west of Geyserville and 10 miles from the Pacific in northern Sonoma County, make the vineyard unusual enough in California. The other grapes make it positively singular.

No other vineyard in the country but this one, as far as I can tell, has blocks of carricante and nerello mascalese, the two most significant white and red grapes grown on Mount Etna in Sicily.

One grower, Kevin Harvey, a former venture capitalist turned wine entrepreneur, is wagering that here in California, he can produce a great nebbiolo, which has proved difficult anywhere beyond the grape’s home territory in northern Italy. Not only that, he is betting he can make world-class carricantes and nerello mascaleses, which may never have been tried outside of Sicily.

The Centennial vineyard is also an effort to determine whether, as some people believe, California is full of great wine terroirs that have not yet been discovered.

Mr. Harvey’s first wine investment, Rhys Vineyards, which produces exquisite pinot noirs, has paid off handsomely in terms of the quality of the wines and their critical reception. But the track record of Italian varieties in California, or anywhere outside of Italy, is not great.

Yet Mr. Harvey is applying the same tenacity and obsessive attention to detail to this project as he did with Rhys 20 years ago, when he combed the back roads of the Santa Cruz Mountains, looking for rocky slopes that he believed would make exceptional sites for vineyards.

Rhys now has six vineyards in the Santa Cruz area, each different geologically and all hard to farm, along with another in the Anderson Valley of Mendocino County and another in development in northern Mendocino.

Rhys is focused on French varieties. In addition to the pinot noirs, it makes smaller amounts of chardonnay and syrah. More recently, it introduced a chenin blanc and a Champagne-style sparkling wine.

Mr. Harvey’s Italian venture is entirely different. It has its own name, Aeris, and aside from the grapes grown in Sonoma, it has two vineyards on Mount Etna, where it grows grapes and makes wines in association with Salvo Foti, who has played a crucial role in the revival of traditional Etna viticulture and wine production over the last 25 years.

Mr. Harvey has always been devoted to nebbiolo, the great grape primarily associated with Barolo and Barbaresco, but it was his discovery of carricante that sealed the Aeris deal. As he tells it, he was in Italy with his wife 17 years ago, when he stopped in a shop full of wines he had never tried before. One was a 2001 Pietra Marina from Benanti, an Etna Bianco Superiore made by Mr. Foti entirely of carricante.

“We drank it and it was revelatory,” Mr. Harvey said as we walked the young rows of Sonoma carricante. “It was like grand cru Burgundy meets grand cru Alsace riesling. That really captivated me.”

He tracked down Mr. Foti and they met.

“We talked about carricante,” Mr. Harvey recalled. “What blew my mind was how little there was, maybe 10 acres in 2010.

“There were so few examples, and I wondered, why not plant some carricante? Salvo had a great plan but couldn’t afford it. ‘Let’s talk,’ I said.”

By 2016, Mr. Foti and Mr. Harvey had a 15-acre carricante vineyard in Milo on the east face of Etna, prime carricante territory.

“I hadn’t intended to own a vineyard, but I didn’t do it to be rational,” Mr. Harvey said.

Mr. Foti, whom Mr. Harvey called “the high priest of indigenous grapes,” was also searching Etna for old vineyards of nerello mascalese at high elevation. When he found largely abandoned century-old vines at 2,000 to 3,000 feet on the north face of Etna near the town of Montelaguardia, Mr. Harvey stepped in. Aeris had another Etna vineyard.

“Nerello was the third leg of the stool that became Aeris,” he said.

Plans for California were unfolding simultaneously. Mr. Harvey was particularly excited about carricante, which he saw as a possible response to the climate change.

“In a warm climate it makes a great wine of low alcohol and high acidity,” he said. “It’s a great fit for California.”

It would seem that the distance between nebbiolo’s home in northern Italy and carricante’s in Sicily might preclude finding a single site that would accommodate both, along with nerello mascalese. But Mr. Harvey’s research suggested otherwise.

“People think nebbiolo is a cool-climate grape, but it’s actually warm,” he said. The reason nebbiolo was so often unsuccessful outside of northern Italy, he said, was that it was planted in the wrong climate.

In California, a big diurnal shift between high daytime temperatures and low nighttime temperatures can be crucial in maintaining freshness and acidity in French varieties like cabernet sauvignon. But it doesn’t work with many Italian varieties, Mr. Harvey said, which are inherently high in acidity.

He determined that the best place in California would be in the coastal mountain ranges at a high enough altitude that the daytime heat would be moderated and the cold air at night would be pushed to the valley floors. After finding this site on Centennial Mountain, a 900-acre former sheep ranch with grassy terrain that could be used for vines amid groves of white oaks and manzanitas, he put in weather stations to verify the climate over three years. It checked out as he had hoped.

The soil here is largely rocky schist rather than the limestone marl of the Langhe or the volcanic soils of Etna.

With two members of his Rhys team who are also working at Aeris — Jeff Brinkman, the winemaker, and Javier Tapia, the vineyard manager who demonstrates his commitment through his license tag “Nerello” — Mr. Harvey in 2013 began the process of putting in roughly 10 acres of nebbiolo; 4.5 acres each of carricante and nerello mascalese; 2 of nerello cappuccio, with which mascalese is often blended on Etna; as well as 2 acres of zinfandel; 1 of primitivo, zinfandel’s Pugliese sibling; and an acre of barbera.

In a quirk of American labeling laws, nerello cappuccio must be called “carignan,” even though a genetic link between the two grapes has not been firmly established.

The bianco is a basic carricante bottling that is savory, earthy and saline. It is soft and deliciously easy to drink right now. The carricante is a step up, denser, more concentrated and tightly wound though no heavier. It is tangy and saline, with floral and mineral flavors that may take several years to open up.

It was superb and fascinating to compare to the 2018 Etna Bianco Superiore, which likewise was dense and concentrated but had more pronounced aromas of salt and rocks.

The 2018 Centennial Bricco Rosso, a blend of 50 percent nebbiolo, 15 percent each nerello mascalese, nerello cappuccio and primitivo and 5 percent barbera, was far more accessible, though still tannic, with complex aromas of red fruits and herbs.

The wines are made in Ukiah in Mendocino, in a facility Mr. Harvey built to complement the Santa Cruz Mountain facility, as Rhys and Aeris between them now have 75 acres north of San Francisco and 75 acres south. Of the 2018s, only the Bianco ($45) and the Bricco Rosso ($59) have been released so far.

“It’s much less expensive to grow grapes in Sicily,” Mr. Harvey said, noting the high cost of labor, stringent California regulations and competition for workers and water from the cannabis industry.

Aeris opened a tasting room in Healdsburg, about 30 miles southeast, earlier this year, where the public has been sampling the wines.

“They love the carricante though nobody knows what it is,” Mr. Harvey said.

Judging by these wines, Mr. Harvey has succeeded aesthetically, particularly with the carricantes. Ultimately, though, the wines may demonstrate something more important than the success of Italian grapes outside of Italy.

“Rhys was all about terroir and sites that can make great pinot noir,” he said. “Adding Italian varieties and finding the right sites would be as significant and possibly more in a warmer future.” 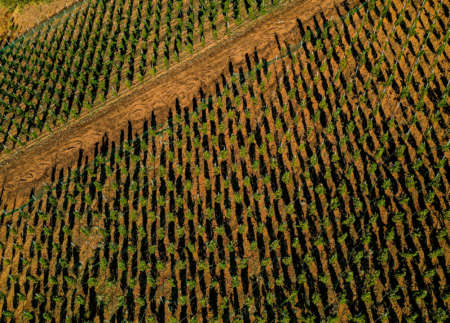 Placing a Bet on Italian Grapes in California 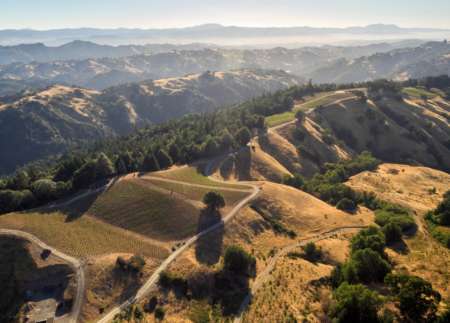 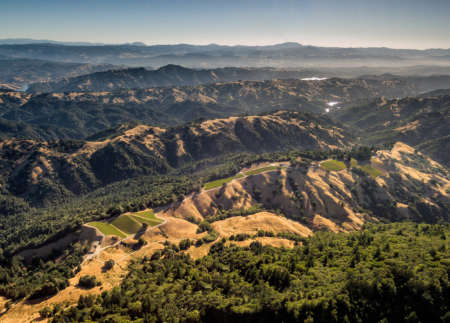 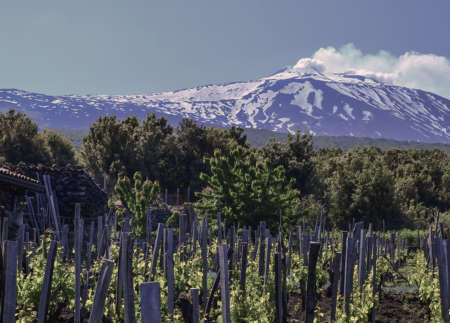 From Etna and the Salty Sea, a White of Great Potential